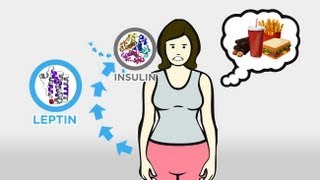 With our exposure to toxins at an all time high, Ionic Foot Bath Detoxification offers a solution to combat all the free radicals wrecking havoc in our bodies.

What are free radicals?

The body is composed of cells which are composed of molecules. Free radicals are unstable molecules that have lost an electron due to exposure to pollutants in the environment and our food sources. The loss of an electron causes the molecule's bond to be broken detaching it from the other molecules in the cell. These free radical molecules run rampant in the body trying to steal electrons needed to stabilize them, injuring and killing healthy cells in the process. As a result, DNA becomes damaged causing cells to mutate, often resulting in diseases, and even cancerous tumors.

An array is placed in the water along with salt which generates ions (charged atoms that have either gained or lost an electron) by separating oxygen and hydrogen in the water. This process creates a magnetic field capable of attracting free radicals by offering them the needed electrons and drawing them out of the body via osmosis.

Based on EAV (Electro Acupuncture by Voll) testing, the following shows what we believe the colors and particles in the water to represent:

It is also possible to find parasites in the water.

In addition to the benefits observed during the treatment, detoxification continues to occur after the foot bath. Negative hydrogen ions created in the water are able to enter the body through the feet and attach themselves to free radicals in the body allowing them to be excreted later through the body's natural detoxification processes (sweating, urination, bowel movements, and breathing). Negative hydrogen ions have been studied extensively and have been proven to be effective antioxidant therapy. Here's one great research example.

Overall, Ionic Foot Bath's are a simple and relaxing way to detoxify your system and can contribute to your overall wellness. Give us a call today to schedule your session!